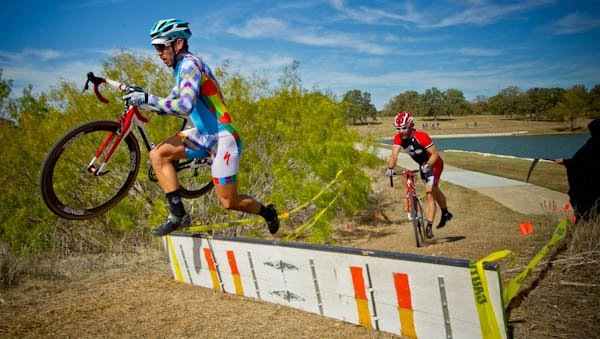 Why do you ride?

I ride for fitness, for competition, to go fast, to burn the legs off others, to see the world, to climb mountains, to explore cities, for the environment, for advocacy, for health, to run errands, to go far, and most importantly because riding a bike is FUN!

For me the best thing about cycling is the community and the friends you make through the common interest of the “bicycle”. I have traveled all over the US, Europe, and Asia and I can always connect with fellow cyclists!

What improvements would you like to see for cyclists?

I’d like to see more bike lanes, more trails, and more events for bike advocacy. There are some great models like Portland, Oregon; Fukuoka, Japan; and Amsterdam, Holland that illustrate the impact the bicycle can have on a city’s culture and a community. The problem in most cities is that it is life threatening to ride due to traffic. I also dream of a world where the motorist always yields to the bicycle and is always on the watch for cyclists.

That’s a tough question. Receiving my first bicycle, winning my first race, and road tripping to exotic mountain bike locals comes to mind, but I think that my fondest cycling memory to date is competing in my first Cyclocross National Championship (UCI) race in Bend, Oregon in 2010. I didn’t have a great race (I was coming from the winters of Austin, Texas and was not ready for the cold, ice, snow, and mud that Oregon threw at me), but it was an amazing experience to be lined up with the fastest guys in the United States and to participate in a race that big. Cyclocross Nationals are in Austin, Texas in 2014 where I’ll get a second chance!

My general tip that applies to any type of rider or cyclist would be to “own the road and ride aggressive”. I’m not saying that you shouldn’t obey traffic laws and be courteous, but I’m saying that you should ride on the road like you have a right to be there. It is proven that aggressive drivers are safer and have fewer accidents than passive drivers. If you ride your bike like you own the road and ride aggressive then the drivers know that you’re there and they know what you are going to do. The riskiest thing for a cyclist to do is to confuse the drivers around them. Its dangerous when they don’t know what you’re going to do.

3 things you’d love the world to know about you?

– I believe that “traveling” is the best education that anyone can ever have and that eliminates prejudice, ignorance, and narrow-mindedness.

– I’m still trying to figure out exactly what I want to do with my life and the difference I want to make in the world… but maybe the point of life is to keep searching for this?

17 Sep This entry was published on 17/09/2012 at 08:45. It’s filed under Austin and tagged USA. Bookmark the permalink. Follow any comments here with the RSS feed for this post.

One thought on “Rey – Austin”